A full career, a hobby for balance and relaxation, and otherwise enjoy life to the max – that's how most of us define “work-life balance“. Some come closer to achieving this goal than others. We spoke to three recreational athletes from the region who live up to this ideal: software developer/ trail runner Martin Pfeffer, teacher/ freeskier Tommy Dötsch and tattoo artist/ mountain biker Dominik Fouquet. We've been talking to various people to find out what makes them so passionate about ARBERLAND. What makes living and working in the district of Regen so exciting?

Rock’ n’ Roll for the body, soul and spirit

Martin Pfeffer, now 30, discovered running in his youth when he played on the soccer team of the Gotteszell sports club. Because he didn't want to have to rely on his parents' “driving service“, he simply began going to practice and home again on foot. The start of his real trail running career was decided on the toss of a coin: “I had read about the 'Ultra Trail Lamer Winkel 2015' and was unsure whether I was fit enough to endure 56 kilometres and 2,400 metres of climbs totalling 2,400m.“ Fate confirmed his decision, and it soon became clear that, “This was my world!“ Since then, he has hardly missed a competition and, surprisingly, succeeded in winning first place in the “RUN2“ race, a new format within the “Transalpine Run“ 2018. Pfeffer uses trail running to “unwind, contemplate, meditate, burn off energy and clear his mind.“

In general, though, it is long-distance running off paved roads and paths – on dirt roads and trails in the forest and in the mountains. In response to whether it gets a bit boring always running through low mountain ranges, Pfeiffer replies. “That impression is deceptive!“ “We have extremely demanding and scenic trails at altitudes of about twelve hundred meters, also round the Rachel, Falkenstein and Geißkopf mountains. So, you don't give a thought to greater elevation changes elsewhere. As you can see, you don’t have to travel far for that summit bliss experience with burning calves.“ We asked if he had a favourite route after running so many kilometres through Arberland. “I call it my 'home run tour’, and that's because all I have to do is open the front door, and off I go on a 30-kilometre loop from Ruhmannsfelden to Ödwies and Kalteck and then back via Gotteszell.“

Pfeffer, who works as a software developer at Rohde & Schwarz in Teisnach, often parks his car on the way to work. “I think it's perfect, both in terms of time management and improving my concentration skills,” he says. Besides his job and running hobby, he and his friends organize the “Rock The Hill“ festival at the Geißkopf. Pfeffer is proud to be able to host an event of this magnitude “back home.” “Of course, it's all time-consuming,“ he admits. “But I'm happy to do without other things. For example, I don't have a TV.“ From time to time, the local of Zachenberg also gets together with friends at the rustic “Kuhalm” restaurant in Bodenmais. They have fittingly called the running group that meets there “Kuhalm Runnings“. “We were inspired by the cult movie 'Cool Runnings,' in which a team of Jamaican boys shocks the world in an Olympic bobsled competition,“ Pfeffer explains. “Like them, we always have lots of fun doing our sports.“ Being able to appreciate the small things in life is an art: “To me, they are my family and friends, as well as the region we live in – and the mountains.“

A playground for adults

“Freeskiing“ or “new school skiing” – that is a somewhat vague term for unconventional, extreme skiing, be it in man-made parks, in deep snow or off-piste. 29-year-old Tommy Dötsch from Lindberg speaks casually of a “parcours with boards on your feet“, a “playground for adults“. While he enjoys longboarding in everyday life, the first snowfall awakens his passion for skiing. Dötsch was given his first snowboard as a gift at the age of six, followed by “twintips“ when he turned 13.

That's what freeskiers call boards that are rounded at both ends and on which they seem to effortlessly glide over sliders and kickers, and ride backwards. There’s one thing all the sports that fascinate Dötsch, from inline skating to slacklining, have in common: spontaneity and creativity! “You don't need fixed dates or a club. To have fun, all you need is a good group of people,“ he explains. “I always used to get together with a few friends and we’d come up with these obstacles and build them. The way I see it, you can only execute your trick well if you’ve got a precise idea of the obstacle you’re going over. That teaches you how to manage risks and test your limits. As a side effect, you also get to experience a sense of achievement as a group.“ You will instantly notice: Tommy Dötsch is a sports instructor, more precisely a “state-certified freelance sports instructor.“ Freeskiing became an Olympic discipline in 2014, the same year he graduated from the Technical University of Munich. Dötsch successfully applied for the position as head coach that was subsequently created at the elite winter sports school, CJD Berchtesgaden. In 2016, he took one of his protégés to the Youth Olympic Games in Lillehammer, Norway, as the Bavarian state coach.

The Bavarians took 12th place. After his job at CJD, Lindberger initially went back to Munich, but then permanently returned to his home region in the fall of 2018. “There’s a time for everything,“ he says. “As exciting as it was to live in a big city, there came a time when the desire to no longer just enjoy the Bavarian Forest as a weekend retreat had grown to a point where I could no longer ignore it.“ Family planning was an additional factor. “Priorities shift when you have a one-year-old daughter. All of a sudden, you no longer need the big mountain lines of Alaska or Tyrol. Instead, I prefer to deliberately take the time in the morning to enjoy Lindberg's local mountain, the Riesberg, as the sun rises.“ Today, he no longer even considers Regensburg a suitable place to live: “You have to set aside an entire day, from your first run of the day until you get back home again. I'd rather step outside the front door, pick up a shovel, or find one of the numerous little playful spots we have here.“ Dötsch now works in several different professions to make a living. In addition to regular employment, he has single-handedly set up the “360° Activity“ project which offers a thousand and one sports. He is passionate about this project, which he hopes will inspire people to exercise.

“And what happens if you fall on your wrist while doing that?“ Dominik Fouquet's eyes widen for a second. He lowers the smartphone on which he has been reviewing his past season at the MTBZone Geißkopf bike park. Then he laughs sheepishly: “Well, that better not happen to me.“ The 27-year-old is the man for filigree motifs at “Tattoo by Alex,“ one of the oldest tattoo and piercing studios in the region. The body art workshop was launched by his father Alex Fouquet in the early 90s. “I've been riding a mountain bike ever since I could ride a bike,“ says the man from Bodenmais. “I had a very cool model right at the beginning, although of course it wasn't carbon, it was actually quite a ‘pile of iron’.” He only remembers once feeling less motivated (apart from when he was injured), and that was when he was getting his driver's license: “However, my view of mountain biking also changed after that. It became less a means of transport and more about balance and adrenaline.

Given the fun factor, I don't really like to refer to it as a sport.“ His girlfriend and fellow mountain biker Selina shares his love of trails. Every year, the two tattoo artists can be found at the Geißkopf bike park, as well as at Austria’s larger bike parks. “Epic downhill,“ Fouquet sums up, although, “If you count the three and a half hours to get there and the cost of tickets and accommodation, you can get a lot more for your money here, where other people come on vacation.“ Their tours are all professionally presented on Fouquet's Instagram account, tattoo.maker, and their shared channel, world_is_calling. “I also got into filming and editing through mountain biking,“ he tells us cheerfully. “First comes the action, then the documentary or post-production“.

In the meantime, sponsors are also finding this to be true. The U.S. West Coast, Mexico, Hawaii, Iceland, Thailand, Portugal, Crete, Mallorca, Slovenia, Croatia, Paris, Venice – with so many “pins“ on his world map, isn't it getting a little crowded in the community of Bodenmais with its 3,500 inhabitants? “Emigrate? No, I would never think of it,“ says Fouquet firmly. “And it's not just because of the business at home. I find that the district of Regen has so much to offer: When it's warm, I can get on my bike after work and ride to the Silberberg mountain. You can even take spectacular photos on a short ride. As late in the year as October. In winter, we go snowboarding at the Arber mountain. There’s always something going on around here. You just have to keep your eyes open. And if we get the urge to travel, it’s not far to one of the bigger cities or the airport.“

How can we help? 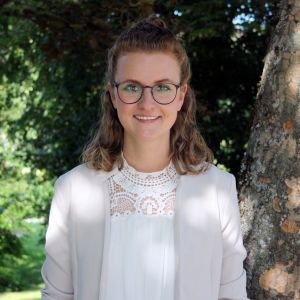 Hi there,
I am Teresa Kaiß, your contact person from regional management and I look forward to your message.

How can we help? 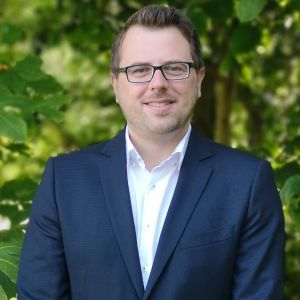 Hi there,
I am Tobias Wittenzellner, regional manager and your contact person. I am looking forward to hearing from you.